Against The Odds – A Picturesque Weekend

You are here: Home / News / Against The Odds – A Picturesque Weekend

The Museum’s first Against The Odds weekend on 13th and 14th of May proved to be a successful and atmospheric event. Our mighty Cold War Jets took a break and instead, many of our World War Two era aircraft enjoyed a weekend in the sunshine.

Across the Museum, a whole range of expert period re-enactors, from Arnhem paratroopers to authentic Home Guards brought the grounds of the Museum to life to give an authentic flavour of what life was life at RAF Elvington during World War Two, while in the main hangar, it was possible to see first hand the vital skill of parachute packing.

Centre stage undoubtedly went to the RAF at War group who enjoyed the majestic backdrop of Halifax Friday the 13th on one of her rare appearances outside of the main hangar. Twice on each day, they also recreated the debrief of the infamous WW2 Halifax raid over Nuremburg inside the Museum chapel. Everyone thoroughly enjoyed this educational and entertaining presentation and many visitors commented on how much they had learned in such a short time.

While Saturday may have been a little cloudy, the day was made complete by a flypast from the RAF Battle of Britain Flight’s popular Spitfire in black primer. Sunday was a far sunnier day and the relaxed family atmosphere found everyone enjoying a picnic on the lawn in front of the NAAFI as The Seatones performed their Forties music.

We are already planning next year’s Against The Odds event, so watch our calendar for more details on what has quickly become a very popular weekend. meanwhile, here is a large image gallery from the weekend. There were so many people to photograph, we thought it worth sharing lots of pictures with you. Keep scrolling down for more 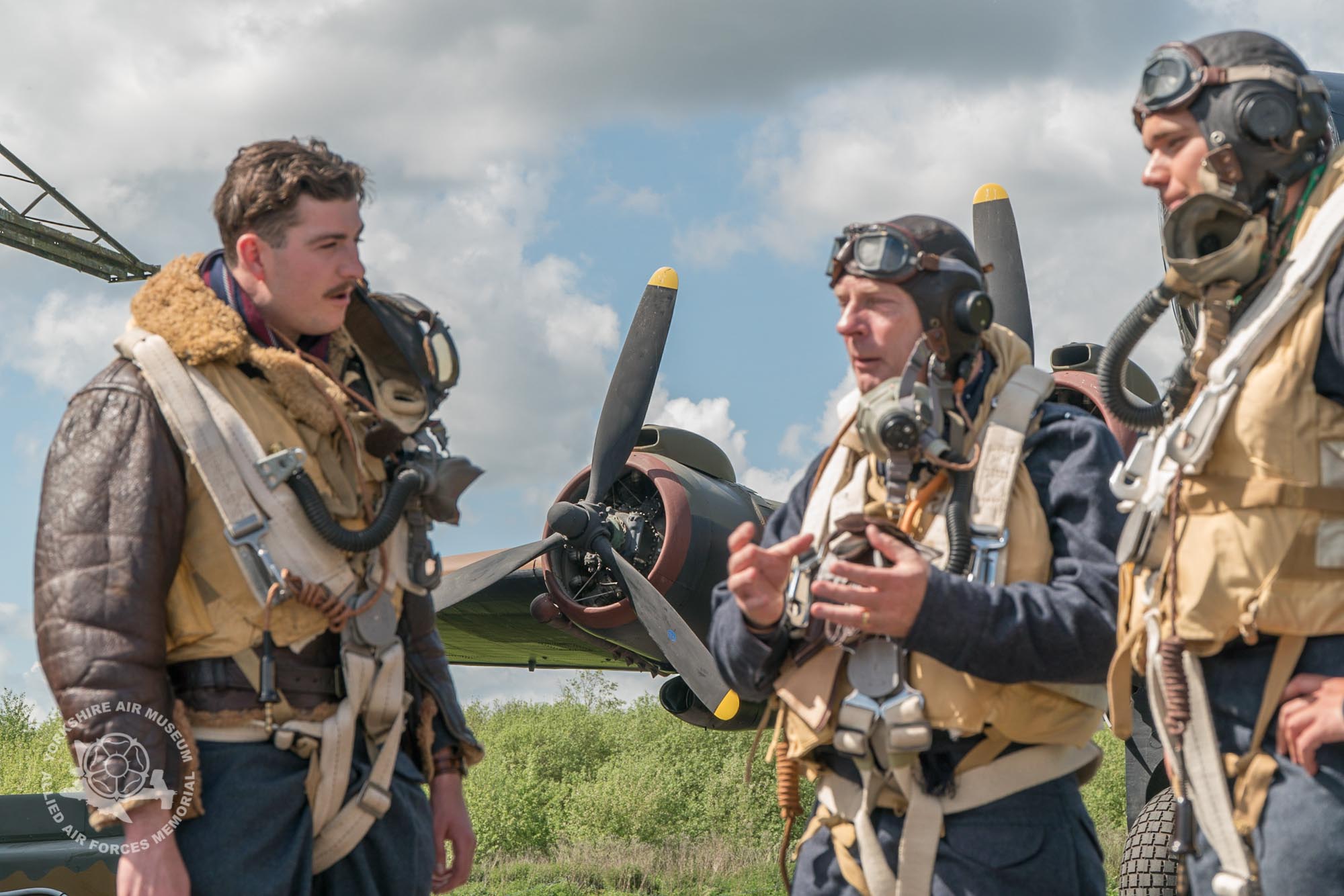