You are here: Home / Blog / Museum’s Avro 504 To Commemorate Centenary of The Somme in July

The Battle of the Somme was one of the most infamous and hard fought battles of the Great War, its very name epitomised all the worst of that period in our history.

On the first day alone, 1st July 1916, a staggering 57,000 British soldiers were killed or wounded. By the end of the “Somme Offensive” on 18th November 1916, over one and a quarter million British, French and German soldiers had been killed, wounded or captured.

During the Battle the Royal Flying Corps and Royal Naval Air Service lost over 800 aircraft – pilots and aircrew were not issued with parachutes at this time and many died in horrific circumstances. The aircraft were sometimes used as bombers but mainly for reconnaissance where they took over 19,000 photographs of enemy positions.

On 1st July 2016 the majestic Thiepval Memorial in Picardy, northern France is to be the setting of one of the largest international commemorations for the First World War. The Yorkshire Air Museum has been invited by the Government to display our AVRO 504 biplane fighter plane and accompanying exhibition to represent the hundreds of pilots of the Royal Flying Corps who took part in the famous battle.

With an 11 metre wingspan, the Museum’s AVRO 504 represents the fragile wood and canvas aircraft which were in service during the time of the Battle of the Somme. The Museum team will carefully transport it and an exhibition unit by lorry via Hull Docks and North Sea ferry, on through Belgium and into Picardy.

The delicate logistical exercise of transportation and re-assembly will be undertaken by eight Museum staff who will re-build the aircraft in France.

Museum Director, Ian Reed said, “The Allied Air Forces Memorial and Yorkshire Air Museum is deeply honoured to have been invited to represent the Royal Flying Corps and Royal Naval Air Services on the launch day of the Commemorations of the Battle of the Somme, in France – we owe a great debt to those young men of 1916”.

On return from France, the AVRO 504 will form part of a specific First World War display, which will include a further three WWI aircraft from within our collection together with on the history of air services during the Great War.

Fought between July and November 1916, The Battle of the Somme became one of the defining events of The Great War. By the end of the offensive, more than 1,000,000 soldiers had been captured, killed or wounded.

The Thiepval Memorial is the largest Commonwealth war memorial in the world. It commemorates more than 72,000 men who died in the Somme sector between 1915 and March 1918, more than 90 percent of them during the 1916 battle.

The 45 metre high monument stands on a ridge just south of Thiepval village – a heavily fortified German position on the Somme front in 1916. The brick superstructure has 16 stone piers. Each pier has panelled faces and on those panels are inscribed the names of the dead. The memorial was designed by Sir Edwin Lutyens, one of three principal architects employed by the War Graves Commission after the war. Work on the memorial began in 1928, and it was unveiled on 1 August 1932 by Edward, Prince of Wales. 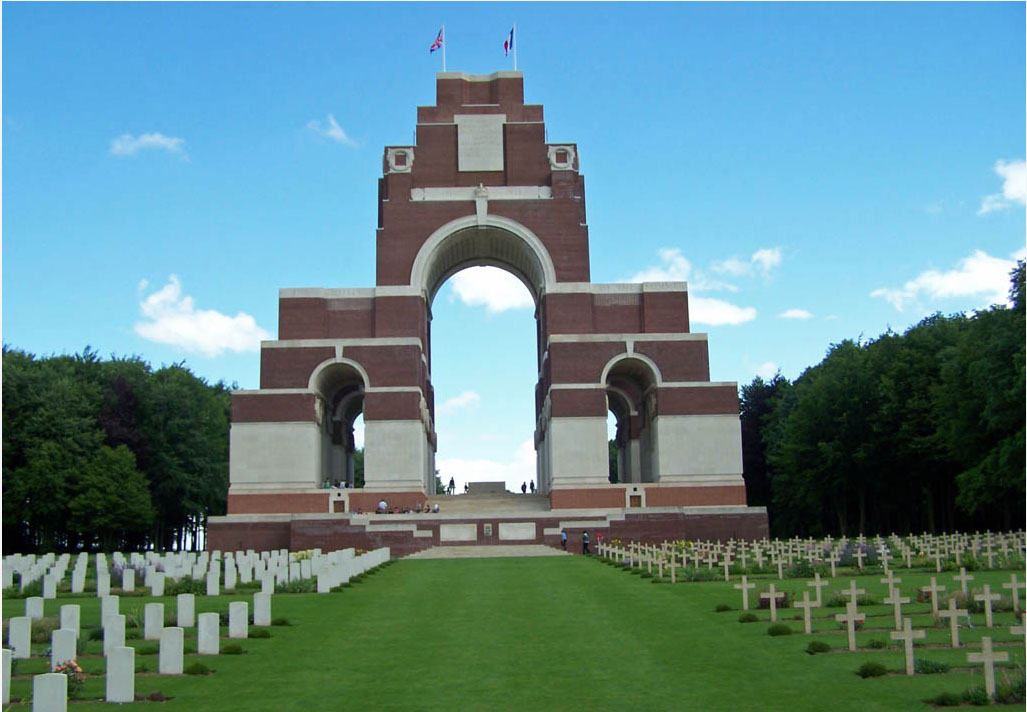 The Memorial is both a monument to the missing and an acknowledgement of the enduring alliance between Britain and France. The Yorkshire Air Museum was recently acknowledged by the European Union as The Allied Air Forces Memorial and we are proud to be commemorating The Royal Flying Corps and Royal Naval Air Service at this Centenary event.

You can read more about the events scheduled to commemorate The Battle of The Somme on the dedicated website.

The Yorkshire Air Museum receives no continuous financial aid from local or national government. There are a number of ways you can support the Museum.

The UK's largest independent air museum and one of Yorkshire’s leading places to visit. Tag #yorkshireairmuseum to allow us to share on our channels

Plans for the weekend? It’s a windy weather fore

Do you know Morse Code? Come and learn how to spel