Recalling How Halifax "Friday the 13th" Got Her Name

You are here: Home / News / Recalling How Halifax "Friday the 13th" Got Her Name

The Yorkshire Air Museum’s internationally renowned Halifax bomber restoration is named after the legendary Halifax “Friday the 13th”, which flew with 158 Squadron from RAF Lissett, East Yorkshire, completing 128 missions, the highest tally of any Halifax and as such, one of the Bomber Command’s most successful aircraft.

On Saturday 16th March, Flt. Sgt. Eric King, the sole surviving member of the crew that gave this illustrious aircraft its distinctive name, visited the Yorkshire Air Museum with members of his family, to once again climb aboard ‘his’ aircraft. The tour had been arranged as a treat to mark his imminent 90th birthday (Wednesday 20th March) and it proved to be a poignant occasion for him and his family. So today, we wish Eric  a very hapy 90th birthday and our warmest congratulations! 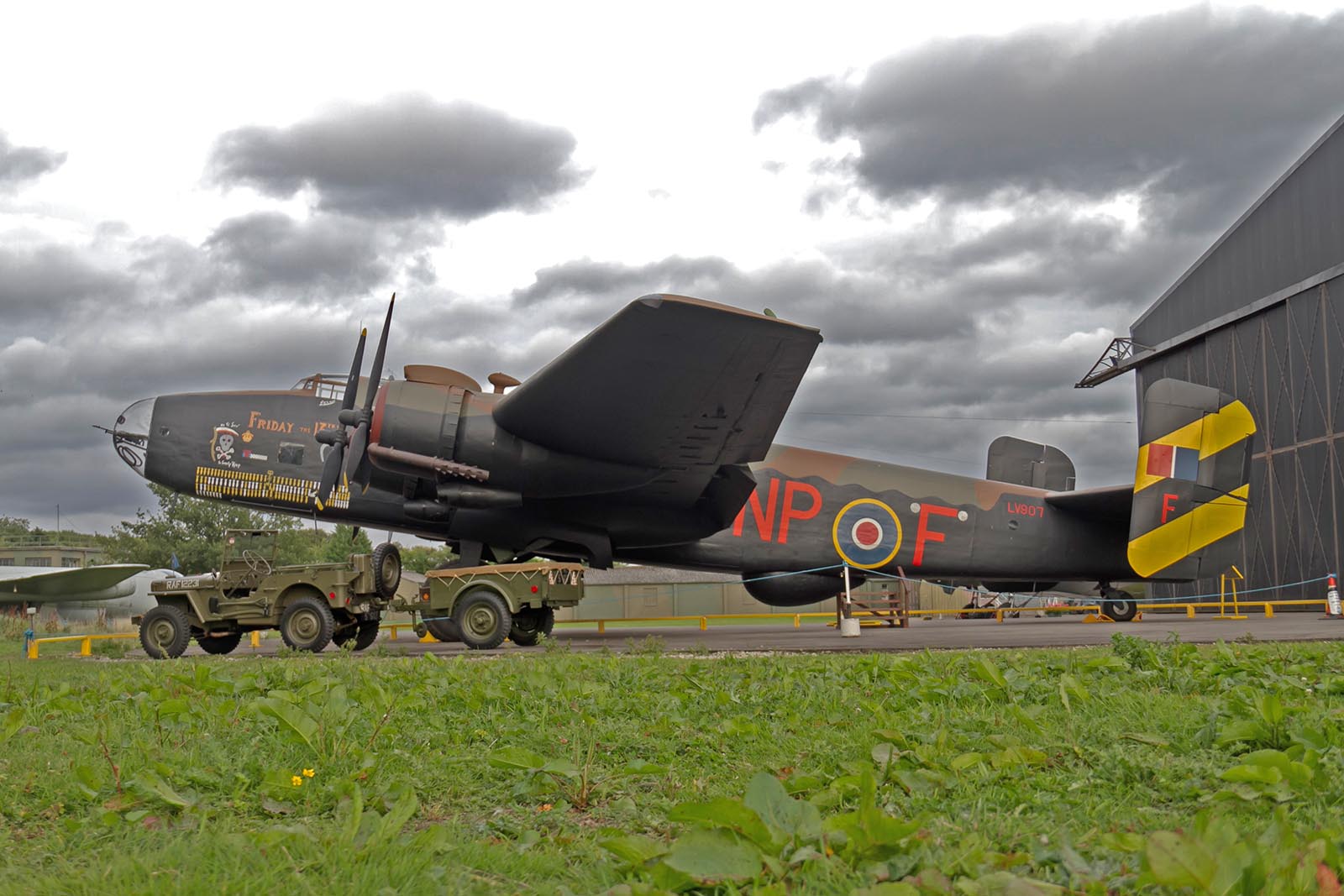 Right from its very first operation on 30th March 1944, Halifax LV907 was to prove to be a ‘lucky’ aircraft. That night, still un-christened, and known as just another F for Freddie, it was Joe Hitchman at the controls, with an assembled crew. It should have been Joe’s night off, but he was called in for this raid on Nuremberg. His Squadron leader had taken his regular aircraft, G for George, out that night but was shot down and lost – it could have been Joe, but fate had had other ideas.

Why “Friday the 13th”, surely an unusual name to give an aircraft? The story goes that 158 Squadron had lost seven Halifax aircraft with the registration letter F in succession, within a year. When Halifax LV907 was delivered to the Squadron, it also bore this ‘unlucky’ letter, which had caused many crews to become nervous of flying aircraft with this code letter, and was given to the charge of Pilot Officer Cliff R R Smith and his crew. “Smithy”, in his characteristic ‘stuff and nonsense’ attitude to this fear, decided to break this jinx, by giving the aircraft its ‘unlucky’ title, along with the decals of the Grim Reaper and an upside down horseshoe, which he painted on. It is even noted that an open ladder had been painted above the crew entry hatch, which they would have to pass under to board the aircraft, but it was deemed this would be taking things too far and its removal was ordered.

Over the years, several accounts of the naming of the aircraft have given the name of one Clifford MacDonald as the person who named “Friday the 13th”. With Eric King’s visit, this little mystery was solved. It transpires, quite incredibly, that they were one and the same person! “Smithy” had married, and unusually, taken his wife’s surname. So Cliff Smith became known as Clifford MacDonald.

The symbolism of the aircraft did prove to be lucky and the aircraft carried a number of crews during its operational life, and indeed Eric completed 29 missions aboard ”Friday the 13th”, gaining the DFM on his 28th outing. In all, Eric completed 39 ops.

During his look around the Halifax, Eric recalled his often painful memories of flying into battle. He said that initially, the young crews, all volunteers, were enthusiastic and eager to get to work, but after 5 missions or so, the seriousness of the situation and the peril they faced began to sink in. He regards himself as incredibly lucky to still be alive to make this trip and sit in his old ‘office’, the Wireless Operator position.

The full crew that named “Friday the 13th” were:

Stan Hardacre – Rear Gunner. From Bradford, Yorkshire. Completed 4 ops with the crew, before being overcome with fear and exhaustion.

There follows some links to regional press coverage of this story.