Blackburn B.E.2c On Display at Horse Guards Parade in London 2018

You are here: Home / News / Blackburn B.E.2c On Display at Horse Guards Parade in London 2018 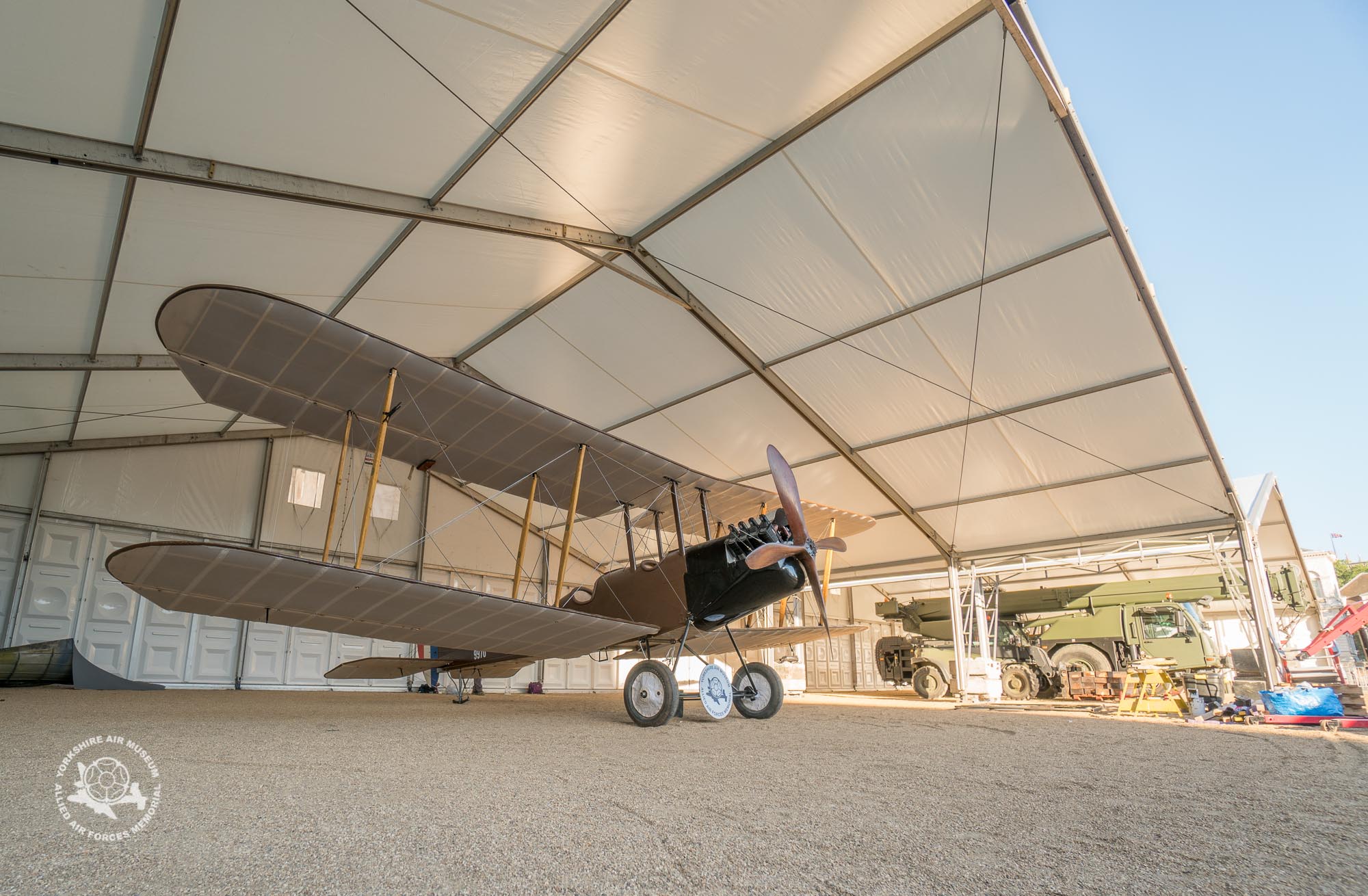 From the 5th to 10th of July, the Royal Air Force are celebrating RAF100 with a wonderful display of aircraft representing the history of British military aviation.

As the home of The Allied Air Forces Memorial of Europe, the Yorkshire Air Museum is proud to have been asked to supply the Blackburn built, Royal Aircraft Factory B.E.2c World War One biplane, as an example of the earliest RAF aircraft, in the national display at Horse Guards Parade, London.

You can find full details of all of the aircraft on this page of the Royal Air Force website.

From October 2017, the Museum’s Aircraft Engineering Heritage team overhauled and rebuilt our B.E.2c, now finished in the colours of an example which actually saw service when the Royal Air Force was formed on 1st April 1918.

Our organisation of the centenary commemorations in Central Paris in May and our representation of the RFC, RAF & RNAS at the Centenary of the Battle of the Somme at Thiepval in 2016, both with historic aircraft, fits well into the Museum’s dynamic culture of “telling the story from the people’s perspective”. Moving the recently restored BE2 from York to London may have seemed easier than our transport of the 77′ long Mirage IV nuclear jet from south of Paris to York in March last year, but the delicate nature of 100 year old aircraft types, made from linen and wood, have their own unique problems. Congratulations go to our expert team of aircraft engineers and French aviation students who have worked tirelessly with us to have this aircraft ready for July.

The nature of historical interpretation has changed significantly even in the past 20 years. No longer are Museums expected to simply preserve objects in glass cases. The details of the individuals behind the stories, from the aircrews to the people on the ground and to the workers and families at home is very important for the visitors of today, who want to understand more about the thoughts and feelings of those involved during some of the world’s most historic times.

This is a significant realisation, that whilst technology advances, people are basically same. So whilst the world may have changed a lot in 100 years, the aspirations of liberty and the defence against tyranny still concerns people just as it always has, which makes us all the more grateful to have the superb service personnel and the advanced aviation technology that we have to defend us, 100 years on.

If you are in London from 5th to 10th July 2018, be sure to see this unique display of aircraft which forms an entire timeline of aircraft of the Royal Air Force. It is a remarkable achievement.