Chinook Pilot Reunited with our Halifax 30 Years On.

We had quite an interesting visitor this in the form of pilot Guy Gibbons. Guy flew the Chinook helicopter that lifted the fuselage section of our Halifax from Scottish crofter McKenzie’s farm way back in 1986. He transported it to Stornoway Airport beneath the helicopter where it was then taken by road to Elvington. Guy […] 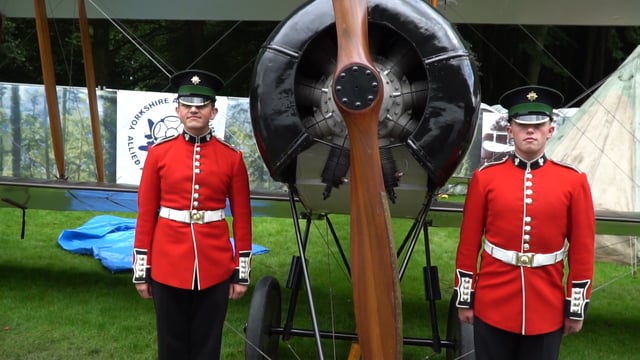 On the 1st of July 2016, a team from TheYorkshire Air Museum were present at the 100th anniversary of the start of The Battle of The Somme at the majestic Thiepval memorial on France. You can read about our project to transport the Museum’s AVRO 504 to the centenary on this blog post. One year […]

Everyone knows, of course, that aviation was actually a Yorkshire invention. While the Wright Brothers are credited correctly with the first manned, powered flight, winged aviation was actually invented in Yorkshire. The Museum is very proud to house a unique example of Yorkshire aviation history, a full scale, accurate replica of Sir George Cayley’s glider. […]

The Museum’s first Thunder Day of the year was blessed with beautiful blue skies on Sunday. This summery backdrop was the perfect canvas to complement the newly unveiled colour scheme of Buccaneer XN974. After a winter of overhaul work, this rare prototype jet looked magnificent with her high gloss colour scheme and was a huge […]

The Museum’s Blackburn Buccaneer S2 XN974 was successfully rolled out for public viewing on Wednesday 31st May at 11:00am, following an extensive re-paint. This marvellous example of the Yorkshire built Buccaneer has been put back into its original livery as the prototype for the Fleet Air Arm / Royal Navy variant of this strike and […] 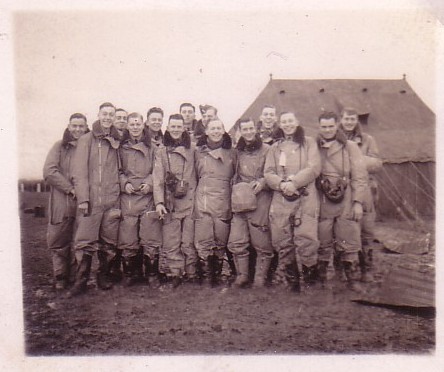 On Thursday 17th May, we were very pleased to receive a donation from the estate of the late Connie & Frank Oates from Selby. The legacy donation was presented to the Museum by Connie’s sister Mrs Elizabeth Stoker and her nephew Councillor John Cattanach, former Mayor of Selby. Connie and Elizabeth’s brother “Ted” was a […]

The Museum’s first Against The Odds weekend on 13th and 14th of May proved to be a successful and atmospheric event. Our mighty Cold War Jets took a break and instead, many of our World War Two era aircraft enjoyed a weekend in the sunshine. Across the Museum, a whole range of expert period re-enactors, […]

With all of the public interest and media attention surrounding the arrival of our Mirage IV, it is very easy to overlook the ongoing work by our Museum Engineering teams as they continue to maintain, restore and refurbish our considerable aircraft collection. Very often, restoration and engineering work consists of a lot of hard work […]

“Mayday, Mayday, Mayday!” – It is the phrase that pilots dread having to use for real. As we enjoy our May Day Bank Holiday weekend, it is worth taking a look at this alternative use of the phrase and learn a little more about MayDay and it’s use by aircrews. Here are 8 interesting facts […]

At 2:36am in the morning of 29th April 1942, around 40 German bombers crossed the coast of England between Flamborough Head and Hornsea heading for York to commence what is known in Yorkshire at The York Blitz. The German aircraft soon reached the City, and in the following 90 minutes they dropped over 84 tonnes […]

As our new Mirage IV finally arrived inside the Museum grounds, our team were able to take a short breath before the task of assembling the aircraft began. Across the Museum’s social media channels, thousands of our supporters were able to follow the Mirage progress from loading in France, across the water and northwards to Elvington. We […]